How it Works and Functions of Oil Purifier

Water contamination in turbine steam is a natural thing, periodically the water content in the turbine oil will rise. The increase in water content can be caused by several factors as follows:

To overcome this, we can use oil purifier. The function of the oil purifier is to separate water and other contaminations from oil. Utilizing vacuum dehydration technology, oil purifier is useful to maintain turbine performance and make it avoid corrosion or wear on the engine.

Water is evaporated inside the dehydrator, without causing excessive oil degradation due to high temperatures. In dehydrators, the air is warmed and dried before the oil is passed through, pushing water to move from oil to air.

To maximize the process, oil is thinned to get the largest possible surface area. This is achieved by letting oil pass through a number of surfaces internally in the vacuum chamber, or by making an oil spray that resembles an umbrella in the space through which air is dry.

The real benefit of this process is its ability to remove dissolved water and other liquid impurities such as fuel and solvents. The removal of dissolved water makes oil ideal for systems that require a low target humidity level. This is very useful in environments where large oil volumes are at risk from processes or systems, such as steam turbines.

With more than 30 years of experience, Pall has several types of oil purifiers. One of them is the Pall HNP076 Series. Designed for large engine systems, this type of purifier has the ability to clear engine oils with high viscosity up to 700 CST.

Not only that, but this tool also uses vacuum dehydration technology to remove almost 90% of the water and up to 80% of the gas mixed in the oil. Because the system does not use heat, the process of separating water and gas does not change the nature of the oil so that it can still be used.

In addition to using the Ultipleat® filter, the purifier also has a sensor that checks the water content in the oil. If the water level reaches a specified point, the machine will automatically operate to dispose of it.

In brief, here are the advantages of Pall HNP076:

- Disposes of water, gas, and particles effectively without removing a lot of lubricant
- Extend the service life of the lubricant
- Reduces corrosion in the engine
- Improve engine performance
- Easy operation

In addition to the type HNP076, Pall also has HNP006 which is a more compact type with a smaller size. You can find more information about Pall on the official website.

In addition to a capable engine, accuracy when operating the oil purifier can also determine the effectiveness of its function. One of them is the use of an inappropriate gravity disc. The gravity disc must be adjusted to the specific gravity and thickness of the oil to be processed. The oil may overflow if it determines the size of the gravity disc.

Second, the rotation is not optimal. Even though the device will do its job automatically, there must be an officer watching when the device is first operated. Because sometimes the tool rotates but not optimally. As a result, instead of being separated, the water is even more mixed with oil.

Finally, the officer does not supervise the running of the equipment. This is why Pall has a remote monitoring option to see the status of the machine as well as the processes that occur. So, the process of separating contaminants from the oil can be done efficiently. 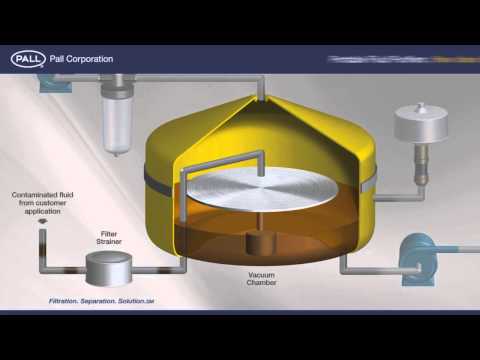