The machine-making industry is becoming a highly used industry today because it brings so many things that are needed for the wider community. By making machines in the industry, the machines that are made can be useful for use. To be able to strengthen the production of machinery, other supporting tools are needed. One of them is the multiplier torque. Torque multiplier is a very useful tool for the machine manufacturing industry because its main function is that it can increase torque levels in an easier way in areas that cannot be reached by human hands. The use of multiplier torque is usually used to overcome the bending caused by mounting bolts or nuts with a different firmness.

Of the many brands of multiplier torque on the market today, Alkitronic is one of the brands that sell a variety of torque multiplier products that have been sold worldwide and are superior among other brands. The advantages of the Alkitronic brand in producing multiplier torque are the quality of power and also the use of a better, more efficient, providing a better level of firmness so that the resulting torque output can be more precise, consisting of many variations of power sources and of course using technology from Germany that has patented and tested for wind turbine applications.

Along with the use of a multiplier torque, the output ratio of the engine speed produced is smaller when compared to the input. The decrease in speed in the mechanism of this engine actually makes it more proportionate to the value of the increase in torque. For example, using a torque multiplier in a ratio of 3: 1, in theory, makes the torque level tripled to 3 times but the speed is only 1/3 of it. Even so, in actual practice, the output of the torque value that comes out is not as much as the theoretical calculation due to friction in the engine and also other inefficiencies in the engine mechanism. That way the ratio of torque output to engine speed is still proportional.

How to Use Torque Multiplier?

The first step to using a torque multiplier is to make sure you read and understand the manual that is included in every package of purchase of the torque multiplier including the warnings given. Look at the list of specifications for the value of the multiplier comparison. For example, the multiplier torque that you have has a ratio of 25: 1, meaning you have to set the moment key used at a value of 1/25 of the required torque. Do not set more than the recommended input value.

The second step is to choose the appropriate reaction point. A good reaction point position will produce maximum pressure. Meanwhile, if the wrong choice of reaction point then the resulting pressure can make the mechanism become damaged or worn. After the reaction point is right, start to tighten the moment lock and also the multiplier torque until you hear a click, which means the torque multiplier is safely locked and can be used.

The above is already explained about how to use the multiplier torque. But in order to get a clear way to use a multiplier torque, then the methods below you need to know and need to be followed as well. Here's a brief explanation:

- When the multiplier is used in a regular frequency it should not need to be used then stored again, but left alone in standby. But if it needs to be stored, leave a little compression on the multiplier torque, don't get to zero and don't be too full because it can interfere with the accuracy of the torque needed.

- In using a torque multiplier it should be done carefully, carefully, and just one click away. Each additional click is used then there will be an additional torque on the tool that is done.

- The multiplier torque used for steering the left hand on certain vehicles and on the left pedal of the bicycle uses a spin that is counterclockwise, so before using it should check the specifications first because if you turn wrong then you can lose control of the torque.

- There are many smartphone applications that can be used to convert units used in torque to be more precise.

- When there are tools that will be worked with multiplier torque, adjust the scale to the required torque specifications.

Next is an explanation of the mechanism using multiplier torque. It's actually already explained above, but when you read the manual given by the torque multiplier manufacturer, it might be a little inconvenient for you. Take it easy, we have summarized the exact mechanism of using a multiplier torque that is simpler and easier for you to follow and understand. Here are a few simple steps to use this tool:

- Position the hand in the middle of the marked area or the load point area, this is to increase the level of precision in adding torque to the tool.

- The torque multiplier can be used to remove bolts or nuts as long as the torque scale used does not exceed the maximum limit.

- It is strictly forbidden to add an extension of the handle, for example, using pipes, because it can reduce accuracy.

- Not all multiplier torque has a safety lock, but if there is do not ignore its use. 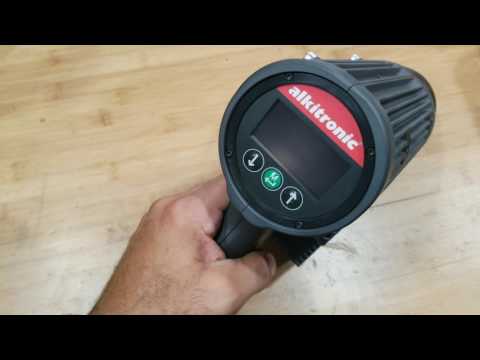 10 Things You Need to Know About Torque Multiplier 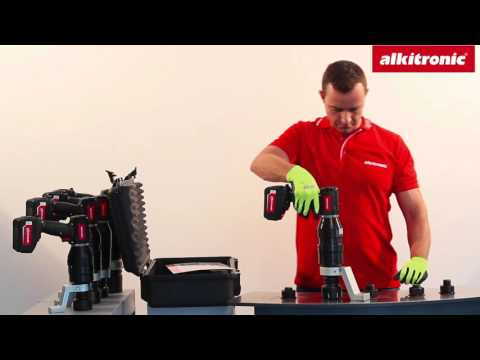 Bolt and Nut Tightening Tricks on the Machine

The Right Way to Tighten the Bolt with the Torque Wrench